by Oladipupo Abioye 5 years ago5 years ago
2749views

Ewedu – The Super Vegetable: How could I have ever thought that I will enjoy Ewedu vegetable now? I had constantly condemned it as I never encouraged its consumption in my family. By the second day of my Mother’s in law visitation I knew I had no option than to cook it for her since she is a complete Oyo woman who cannot do without Amala and Ewedu. Shortly after I took the bold step to learn the process of making the soup from a Yoruba friend, I found it was completely simple to prepare. Joining my mother in law in taking a bite on the meal, I was completely surprised by how delicious it was when combined with Amala. These were the words of a 36 years old Delta woman married to an Egba man. 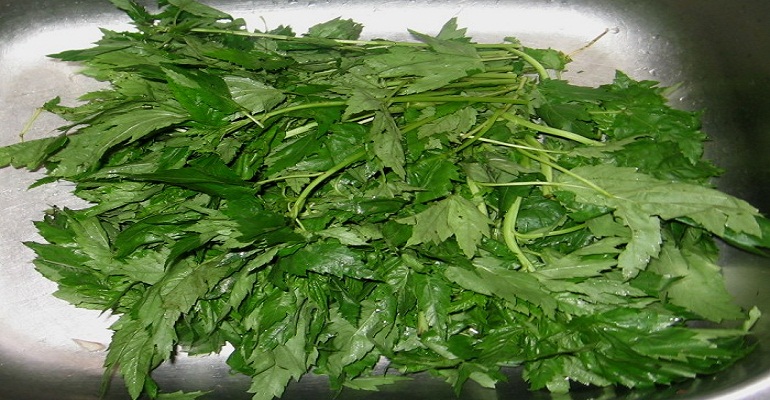 The jute leaf which is commonly called Ewedu among the Yoruba people have been part of the south westerner’s diet for so many decades. A few people who do not enjoy it describe it as a weed, while others cannot completely describe how delicious and medicinal this natural green is when regularly consumed. Ewedu is clearly rich in plenty micro nutrients that have been found to help many in reducing one’s chances of developing certain illnesses. The vegetable can be enjoyed in different forms. It can be eating with Gbegiri (a local soup made from beans) or with Melon soup. I bet whichever you choose; you will definitely enjoy the delicacy if combined with Amala (Yam Flour dough).

The Numerous Health Benefits of Ewedu

Cochorus olitorius as the leafy vegetable is botanically called have been scientifically proven to be efficient in the improvements of certain conditions in people for more than a century. Research has shown that the different varieties of Ewedu possess very important and valuable vitamins and antioxidant that will be of immeasurable nutritional and therapeutic value to our body system. The main vitamins in this vegetable are A, C and E, which are key to protecting the body from degenerative diseases such as Cancer.

The leave provide low calorie and an adequate source of fibre which has made it key in weight management. Also, some certain traditional healthcare providers have used the leaf in the prevention of constipation, dysentery and infestation of worms. In fact some old Asian health specialists have reported to have used it for pain and pile reduction.

If you can recollect correctly, as the world battles with finding a permanent cure for the deadly Ebola Virus Disease, it was reported that one Professor Adebukola Adefule Oshitelu, Professor of ophthalmology at the Lagos State Teaching hospital, LUTH, claimed that jute leaf commonly called Ewedu has the ability of curing Ebola.

He claimed the leave has the capability of preventing the proliferation of the Virus. While this information could just be a mere speculation and has not been confirmed yet, it is a clear indication that the vegetable contains various medicinal qualities that made the professor utter such statement; only if further researches could be conducted on it. I am certain that if these claims had been reported or speculated by even a British or an American incompetent professor, more considerations would have been given to it.

However, the point remains that Ewudu boosts immunity and nourishes our body system. This in itself is one of the greatest health benefit you can get from any food. If you don’t like Ewedu, you may want to start adding it to your diet because of its health benefits.

Health Hazards of Microwaved Food? Should You Stop Eating It?

In one of my previous posts where I discussed the misconceptions people have about irradiated foods and answered the question...