Revealed! The Variety Of Apple With Most Health Benefits

by Oladipupo Abioye 5 years ago5 years ago
227views

With the common old saying- “Eat an apple a day and keep the Doctors away” spreading the whole of the internet, It seems only a few people are aware of the variety of apple that can actually provide an opportunity to achieve this health claim.

Apple has numerous varieties grown in the different parts of the world. It is one fruit that has proven to be efficient in improving the nutritional status of people for so many decades. It will be very rare to see any one on a particular type of diet who has not at one time or the other included at least a serving in his or her meal. One medium apple supplies 80 calories, no fat, no cholesterol, 22 total carbohydrates, 17 sugars, a good source of vitamin C and no protein. 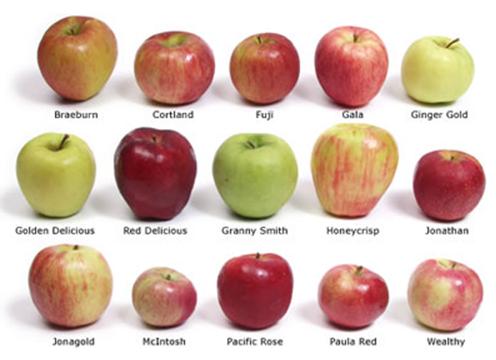 In order to proof which variety of apple is more nutritious, some researchers analyzed the antioxidant levels in eight different apple varieties to find which ones have the highest concentrations of those disease- fighting compounds. The reports the study which was published by the American Chemical Society; in order of antioxidant levels clearly showed the ranking of the varieties as follows: Red Delicious (2,012), Northern Spy (1,548), Ida Red (1,479), Cortland (1,323), Golden Delicious (1,265), McIntosh (1,163), Mutsu (1,017) and Empire (782). The numbers are measures of total phenolic content in parts per million. This research could be given some credit as the varieties were planted on the same soil which was helpful in determining the real nutritional value of the apples based on antioxidant levels.

Red Delicious variety is known for being mildly sweet and juicy. These apples have an intense red colour that may have some yellow streaking. The research shows that the Red delicious Variety has more than twice the antioxidant level in empire variety.

Without doubts, it is advisable to consume more of the coloured varieties of apple as against the green types since the coloured ones possess more antioxidants which are helpful in fighting free radicals and improving our immunity.

I have never for once come to agree with myself on which part of Nigeria has the best soups especially...