WHO: Processed Meat Now Confirmed To Cause Cancer

by Oladipupo Abioye 5 years ago5 years ago
157views

On that day, I glued fastidiously to the television in my office as I have promised myself to follow the ministerial nominee screening by the Senate from beginning till the end, it was just as if the Deputy Senate president knew what was going on in my mind. He asked the University Don about the approach he would adopt to curb the spread of cancer among Nigerians.

He further insinuated that the publicity for HIV had overshadowed cancer; however cancer is gradually taking the lead position in the number of deaths recorded annually. Coincidentally, as I plan writing on how canned meat could lead to cancer, the World Health Organisation, WHO recently affirmed that consumption of processed meats is associated with cancer. 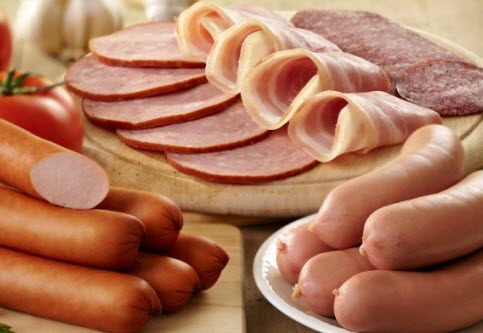 In actual fact, WHO via its cancer research unit stated that processed meats are now classified as carcinogenic to humans based on the numerous studies that had linked the food type to specifically colon and colorectal cancer.

Many readers would question; what exactly is a processed meat? The health umpire defined processed meat as any type of meat that is salted, cured or smoked to enhance its flavor or preserve it. Processed meat generally contains pork or beef, but may also contain poultry. Without doubt all the canned meat products on the shelves of supermarkets fall into this category.

This claim by WHO did not go well with everyone. A leading group of antagonists of WHO’s pronouncement; North American Meat Institute and The National Cattlemen’s Beef Association who believe that the data had been doctored to ensure a specific outcome. It was also emphasized by one of their top ranking officers that scientists who issued the report were split on their decision to make an explicit link between red meat with cancer.

According to estimates cited by the WHO, about 34,000 cancer deaths per year worldwide can be attributed to diets that are high in processed meat. While the value is only a small fraction of the 8.2 million deaths caused by cancer in 2012, it is imperative not to discard the necessity of adhering to this claim.

As a practicing nutritionist, I would advise you to stay clear of processed canned meat, reduce your read meat intake, consume protein from fish source and ensure you eat a well balanced diet without unnecessary addiction to a particular food. The rate at which people are diagnosed with cancer is unimaginable. Excessive consumption of this type of diet will definitely put you at high risk of cancer.

ALSO READ: What Is Processed Meat? and Red Meat vs White Meat?

The need to consume foods rich in vitamins and minerals cannot be overemphasized. In fact, most of the ill health...