Chocolate Royale, a company that sells confectioneries and food in Lagos, located at Plot 267A Etim Inyang Crescent on Victoria Island has been shut down by the National Agency for Food and Drug Administration and Control (NAFDAC) for allegedly using expired and dangerous products. 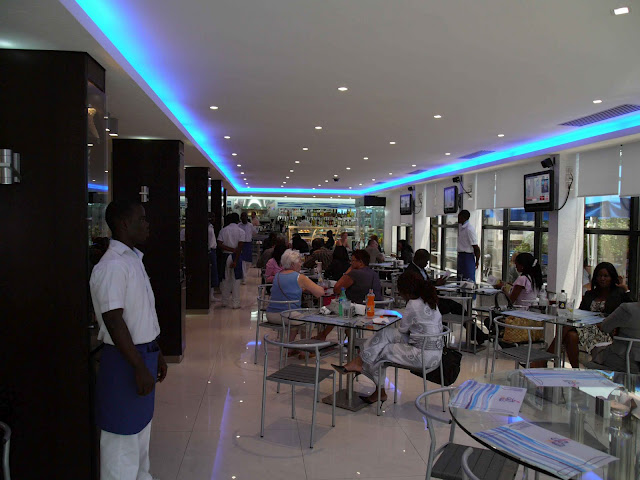 In a statement, NAFDAC’s spokesman, Anslem Okonkwor, said the agency sealed off Chocolate Royale “for various unethical practices and non-adherence to good manufacturing and hygienic practices.”

The agency said it acted on a tip-off that the company was engaged in illegal importation as well as the storage and use of expired ingredients and products to prepare food and confectioneries. According to Mr. Okonkwor, the company was serving unhealthy food “to unsuspecting customers.” He added that Chocolate Royale was operating and maintaining illegal cold-rooms at their MD’s residence “where large quantities of various expired and spoilt food ingredients worth millions Naira were uncovered.”

NAFDAC’s director of Investigation and Enforcement, Kingsley Ejiofor, said the seized products would “be sampled and taken to the laboratory for analysis, where the labels and contents will be properly analyzed. And at the end of the day when the results are out, that will determine the next of action.”

Why It May Be Best To Only Eat Sour Garri

Gari is a creamy-white, granular flour with fermented flavour and a slightly sour taste, made from fermented, gelatinized fresh cassava...