Foods That Cause Recurring Catarrh And Remedies

by Ahmed Ogundimu 4 years ago4 years ago
1.2kviews

Catarrh is an excessive build-up of thick phlegm or mucus in an airway or cavity of the body. The phlegm are not only found in the nasal cavity but also in the throat, ears or chest. They usually result in runny or stuffy nose and an irritating, persistent cough caused by excess mucus at the back of the throat. They do cause some discomfort.

Catarrh, usually comes with illnesses and conditions such as cold and such infections as flu. I know people (including some friends), that keep having catarrh everyday, but without any other illness or cold. We kept wondering before now, why their catarrh won’t just go but now we know. Some foods could be responsible for that catarrh that keeps coming back. 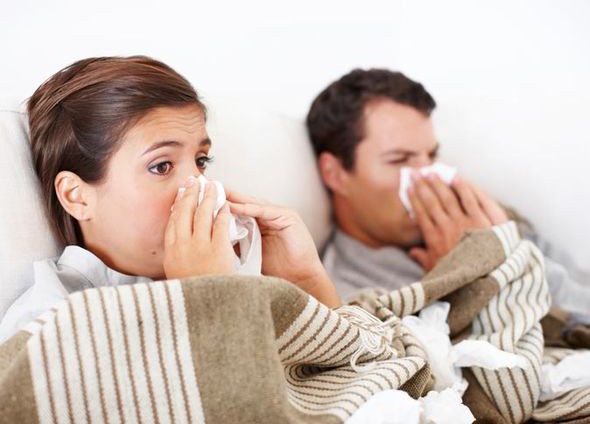 What Normally Causes Catarrh? Can Food Cause It?

It should be noted that catarrh is not a condition itself, but a symptom of other conditions, telling you that something is wrong in the body. It is a reaction to irritations or infections by the immune system. The immune system helps to put up defense against these irritations and infections.

Have you ever noticed how people get catarrh after being exposed to dust? Well, the dust causes irritations and there is the release of molecules called inflammatory mediators which cause the mucous membranes to swell and produce mucous.

There are other conditions that can bring about the production of mucous and blockage of the nasal cavity or production of phlegm in the throat. Surprisingly, food brings about this condition too and eating the food often keep people wondering why they keep having catarrh.

Here are some foods that can cause your recurring catarrh…

Foods That Keep Bringing Your Catarrh Back

If you are so sure that your catarrh is not as a result of illnesses (conditions) or form of infection and that you have not exposed yourself to irritation sources such as dust, then your recurring catarrh could be a result of some foods causing irritations and causing the body to produce mucous which blocks your nose and irritates your throat.

NEXT PAGE [2] : Foods that keep bringing back your catarrh…

For many healthy food lovers, the need to expatiate on the importance of vitamins and minerals may sound more like...