You Think Fresh Fish Is Better Than Frozen Fish, See...

by Ahmed Ogundimu 4 years ago3 years ago
1150views

Fresh Fish vs Frozen Fish: Which Is The Healthier Option? — People have always asked which is better between fresh fish and frozen fish. There is this general belief that fresh foods are always healthier than their preserved form. This is also true for sea foods like fish. A lot of people I asked this question before writing this article believed that fresh fish is always healthier than frozen fish.

I am going to discuss in this post, why fresh fish may not always be healthier than frozen fish.

Caught fish begins to spoil and deteriorate in quality immediately after death. This process is a gradual one that starts from development of undesirable flavors to softening of the flesh and eventually substantial losses of fluid containing protein and fat. At this point, the fish may start to smell. Therefore, one could say it’s safer to start preservation of fish immediately. 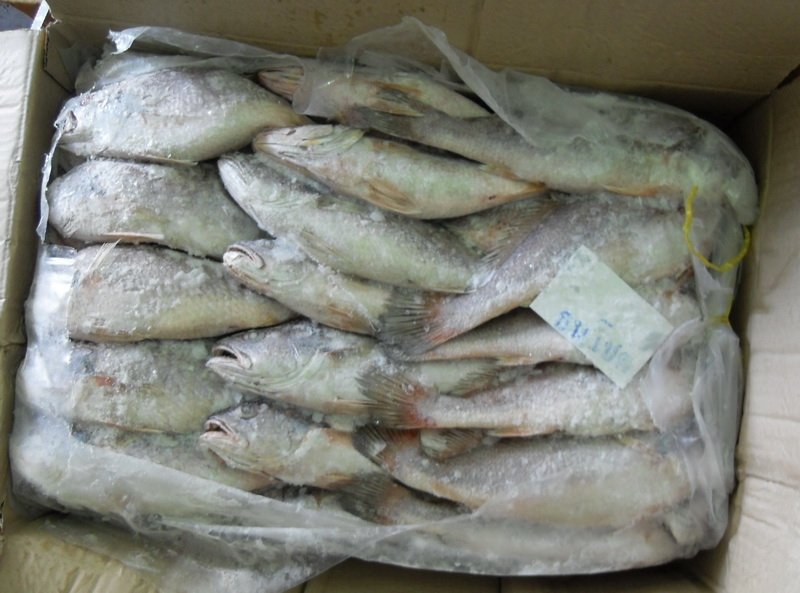 How Freezing Is Used To Preserve Fish?

Before I go into details of this, let me explain how freezing is used to preserve fish. About 60-80 percent of fish is water depending on the species. By reducing the temperature of the dead fish (refrigeration or freezing), deterioration can be slowed down.

If the temperature can lowered and maintained low enough, spoilage can be almost stopped. Fast freezing is used to preserve fish immediately they are captured and therefore, the water composition of the fish is made into fine ice crystals. This preserves the fish as well as protect the tissues from damages.

RECOMMENDED: Is Smoked Fish Dangerous To Your Health?

So, Is  Fresh Fish Healthier Than Frozen Fish?

I wouldn’t say yes to that. Unless you are absolutely sure it’s high-quality and fresh fish, your best option is to go for frozen fish. Because fish is flash-frozen immediately after being caught, little or no spoilage occurs and the nutrients in the fish are preserved. After thawing the fish, the fish should still have quality and be as near as healthy as when they were caught.

Fresh fish that was never frozen may have spent a number of days on fishing ships. Their qualities would have reduced during this period and they would no longer be as healthy. If I have to answer the question of which is better or healthier between fresh and frozen fish, i would say that you should only trust fresh fish that you killed yourself.

We should strive to eat healthy fish for a number reasons — It lowers blood pressure, cuts the risk of irregular heartbeats, and drops the risk of fatal heart disease by 36%.

ALSO SEE: Is Catfish Truly Toxic To Your Health?

The Cause of Risen Cost of Tomato In Nigeria (Tomato Ebola)

If I say the cost of tomato has risen in Nigeria, I would be lying because that is not even...