Here Is How Drinking Much Water Could Be Bad For...

by Oladipupo Abioye 5 years ago5 years ago
443views

Hey friends, do you feel you are brave enough to go against the most popular health belief? If yes, your body just might thank you for that decision. It is no longer news that nutrition and health professionals regularly encourage people to drink plenty water to prevent dehydration and other conditions associated with reduced water intake. Before I continue with my article on the dangers associated with drinking plenty water, please, take your time to read the disaster that struck this woman.

On January 12, 2007, a 28-year old Californian wife and mother of three children died from drinking too much water. Her body was found in her home shortly after she took part in a water-drinking contest that was sponsored by a local radio show. Entitled “Hold Your Wee For A Wii”, the contest promoters promised a free Wii video game machine to the contestant who drank the most water without urinating. It is estimated that the woman who died drank approximately 2 gallons of water during the contest. When she and other contestants complained of discomfort and showed visible signs of distress, they were laughed at by the promoters and even heckled. Eventually she died. This was reported by Wikipedia. 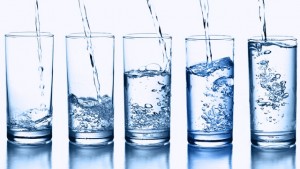 The big question is: Could too much of a good thing be bad?

THE SHORT ANSWER IS:  YES, Just like any other food items we consume, water and other fluids taken at excessive amount can lead to water intoxication which could lead to death.

I have got few questions to ask you

If you answer yes to two or more of the questions above then you are likely drinking more water than you need.  Another condition you might be fight with is diabetes because your body might be responding to the high glucose in your blood and trying to flush them out with more water. So, you tend to drink more. You could go for a check-up.

What is water intoxication?: This is otherwise referred to hyponatremia, a condition which results when too much water is taken within a short period of time. The effect can be fatal.

What happens when you drink too much water?

The kidney is the organ that handles liquid control within our body. When a person drinks too much water the kidneys cannot flush it out as a result of the pressure placed on it within that same time frame. So, it causes the excess water to remain in the blood. Once this happens, the water dilutes the concentration of electrolytes in the blood compared to those in the cells and later a balance is triggered which leads to water entering the body cells and cause them to swell. When the brain cells begin to swell the situation can turn lethal speedily. Remember, the major parts of your kidney can be subjected to wear and tear as times go on if you continue in this habit of over stressing your kidney to perform filtration processes which is not advisable.

What quantity of water should I drink?

Personally, I feel the drink 8 glasses of water a day is not a bad rule but at present, there is no scientific backing to this claims except the perceptions of health expert. While it is not completely out of place to subscribe to this, a number of factors should determine the quantity of water you drink daily to keep you healthy.

The quantity of water you drink depends on your peculiar condition. Geographical location, diets, and exercises are very key. Take for instance, an individual who resides in a sunny area most likely will drink more water than people who live in cold places. If you consume more water loaded foods like fruits and vegetable, there is no need for you drinking much water again. In the same vein, if you do not use salt enough in your meals, the level of water you drink should reduce because you do not want to alter the sodium level of your system by dilution and vice versa. If you are the type that exercises and sweat a lot, you might need to drink more than 8 glasses daily but not consuming a high volume within a short period.

ALSO SEE: The Dangers of Cooking Food With Too Much Salt

It is important to allow your sense of thirst to work more often rather than killing it. When you eat, take a reasonable amount of water to help in digestion, not the volume that will make you wee minutes later.

Do you wonder why alcohol drinkers have been found to have kidney dysfunction? It is because of the volume of the fluid intake usually funnelled in their bodies within a short period. Most of them urinate about three times within this period – subjecting the kidney to unnecessary pressure. Same effect happens when you adopt drinking plenty litres of water without caution.

YES, A GOOD THING CAN BE BAD FOR YOU. TAKE CAUTION. WATER IS IMPORTANT AND NECESSARY FOR YOUR BODY BUT BE CAREFUL HOW MUCH YOU TAKE.

Cowskin in local parlance in Nigeria is called "pomo" (sometimes spelled as Ponmo). I prefer to choose the latter. In...