Skimmed vs Full Cream Milk: Which Is Good For Your...

by Ahmed Ogundimu 5 years ago5 years ago
1315views

Some days back, I wrote an article explaining the differences between skimmed milk and full cream milk or what some prefer to call whole milk. The major difference between them, I said, is the amount of fat that is present in them – skim or skimmed milk has had all or most of its fat removed while whole milk has all the fat that should be present in milk. This is where I am going to start the discussion for today.

Which is better: Skimmed Milk or Whole Milk?

I have read publications in which some experts proposed that people who are looking to shed weight should stay away from full cream milk. They said the fat that is present in the milk will only contribute to addition of more calories to the body and since skimmed milk contain almost the same amount of nutrients other than the fat that has been removed, they should go for that. This may only be true in an absolute sense. 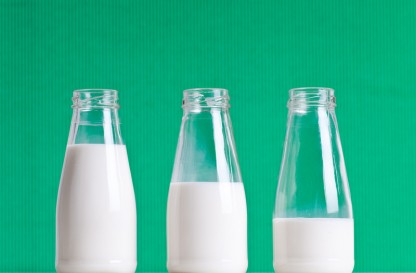 First of all, I would like to say that there are Vitamins that are present in the fat that was removed. These vitamins – A, D, E and K, are called the fat-soluble vitamins. They are so called because they are dissolved in the fat and they are only present when the fat is present. So, this could count as a thumb down for skimmed milk.

Secondly, reduced-fat milk and other drinks may not be as filling as those containing fat, so consumers may end up compensating for the lack of calories and eating or drinking more. Often, they tend to compensate with carbs that add more calories than the full cream milk would have added.

Dr. David Ludwig, director of the New Balance Foundation Obesity Prevention Center at Boston Children’s Hospital said to Time’s Healthland, “We are not arguing milk should be abandoned. For kids who are consuming diets that are high in calories and low in nutrients, milk can provide lots of needed nutrients — like calcium. Somehow this low-fat milk has become so entrenched in the nutritional psyche, it persists despite the absence of evidence. To the contrary, the evidence that now exists suggests an adverse effect of reduced-fat milk.”

While you have also been probably always been informed to drink reduced-fat milk because of the calories, evidence from the majority of recent scientific studies show that drinking whole milk actually improves cholesterol levels, just not as much as drinking skim does.

Let me also give this to the men reading this post; women can also tell their boyfriends or husbands about this. If you like to build your muscle, whole milk may be your best choice: Scientists at the University of Texas medical branch in Galveston found that drinking whole milk after lifting weights boosted muscle protein synthesis—an indicator of muscle growth—2.8 times more than drinking skim did.

I believe those that are looking to reduce their weight may take skimmed milk, only if they can resist the temptations that come after as discussed above. Since it doesn’t give the filling effect that whole milk gives, you may be tempted to eat foods that will eventually add more calories to your body. Also, the fat-soluble vitamins may never be available to you if you keep avoiding fat. You get them in fatty foods, so why not take the ones in milk fat that has been shown to be more beneficial to the body? Some of these issues were addressed in one of our articles that talked about why no fat, no fruits, one meal a day diet is not appropriate for weight loss.

You know what my own recommendation is? Take whole milk.

Here Is How Drinking Much Water Could Be Bad For You

Hey friends, do you feel you are brave enough to go against the most popular health belief? If yes, your...