by Ahmed Ogundimu 5 years ago5 years ago
174views

In the past few months, the city of Lagos and its neighbouring communities had been unprecedentedly bombarded with trucks of watermelon like never before. I presume many more people are beginning to go the healthy way especially considering the many illnesses and diseases that stare us in the face daily. 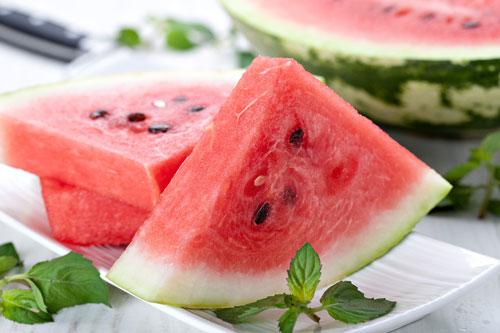 In recent times, I have not been an avid consumer of watermelon due to my love for golden melon but the truth about this thirst quenching fruits has to be told. Watermelon has so many nutritional and health benefits but these five under-listed are the five topmost reasons to consume watermelon fruits.

Although, scientists are still digging deep to make a conclusion on this claim but many of the previous test and researches conducted indicated that the fruit which is amongst the best sources of antioxidant lycophene has the ability to fight cancer cells. This powerful lycophene has been linked to reduce the risk of prostate, breast, lung, uterus and colon cancer.

How To Make A Delicious / Nutritious Tomato Bread

We all know that bread is full of carbohydrate and anyone striving to always get a balanced meal in terms...