Meat & Soup: At What Point of Cooking Should Salt...

by Oladipupo Abioye 4 years ago4 years ago
284views

Chefs all around the world have contradictory views as regards the timing of adding salt to foods during cooking. In fact, there is no record of any research that has shown and proven which time of salting is healthier or appropriate. Based on the controversies, I have decided to join the chain of food professionals to share my opinion in line with my training and experience as a food scientist. 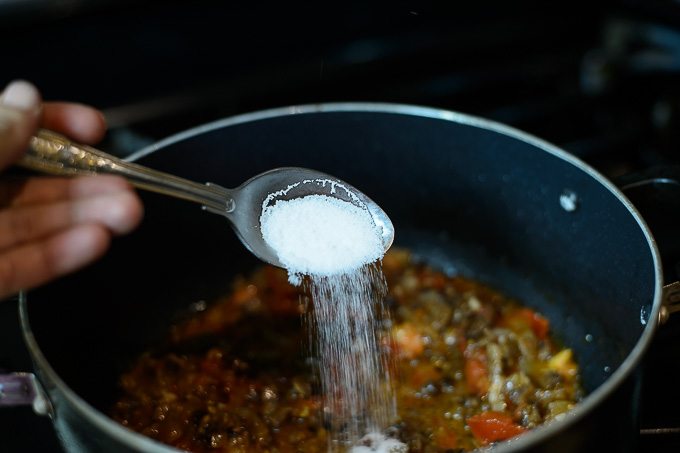 Salting For Different Types of Food

I have also discovered that the process of salting actually differs for different foods but this time, my decision is only to write on these two meals (Meats and Soups) since they are regularly cooked in most house holds on daily basis. Before the emergence of refrigerator and other forms of preservation of foods, historically, the primary reason for adding of salt to food was for preservation. Flavour and taste was a secondary purpose. Lets see the appropriate timing to add salt to the two meals.

NEXT PAGE [2] :: When, During Cooking Should You Add Salt To Meat?

win
0
win
Oladipupo is a Pediatric Nutritionist with Lagos State Ministry of Health. He is an adventurous foodie and loves to teach and render presentations on foods and nutritional topics at different symposia. He loves Messi but Chelsea FC is his baby.

Reasons You Shouldn’t Chop Your Vegetables In The Market

In this era when the consumption of pastry foods and junks is on the rise, one or two servings of...