Shocking & Fun Facts You Should Know About Milo (Drink)

by Ahmed Ogundimu 5 years ago5 years ago
42.9kviews

Milo, produced by Nestlé, is a chocolate and malt powder which can be mixed with hot or cold water to produce a beverage drink that is consumed in many parts of the world. Milo is commonly as a powder in a green tin and sachets made of Polyethylene terephthalate, Aluminum foil and Polyethylene laminated together. The packs often depict various sporting activities. Milo is available as a premixed beverage in some countries, and has been subsequently developed into a snack bar, chocolate cubes (choco milo) and breakfast cereals. Its composition and taste differ in some countries.

Some Shocking And Fun Facts About Beverage Drink, Milo

A lot of people consume this drink and don’t even know some facts they should know about what they are consuming. In this post, I am going to share with you some facts that may be shocking and other facts that are fun to know about Nestlé’s Milo.

1. Milo Was Developed In Australia, Not Switzerland

I though there should be nothing surprising about this, but I found myself totally wrong when I asked so many people. A lot of people though Milo was developed in Switzerland, where the headquarters of Nestlé is located. No, Milo was originally developed by Thomas Mayne in Sydney, Australia in 1934. 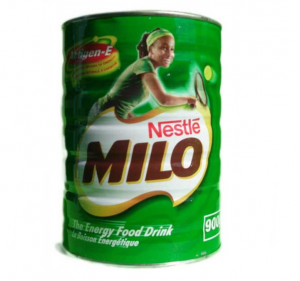 This is just by way of introducing Milo to you and letting you know its history. Other fun and shocking facts can be found on pages 2 – 10. Some will definitely make your jaw drop! I promise you. Just click on 2, 3, 4, 5 and so on below…

I mentioned in a recent post that your protruded stomach or abdomen may not be as a result of too...