by Oladipupo Abioye 5 years ago5 years ago
81.3kviews

At exactly 8:50am on Saturdays morning, I was still lying in bed. Not too long from that time, I heard a loud sound from my brother’s room – “Poooooooouu”. I had to rush to know what exactly happened because it was repeatedly loud. On getting there, he gave another loud “Poooouuuu”. It was then I knew my big brother was farting. Then I couldn’t but burst into laughter. I have been with him over the weekend and he had not consumed beans – since beans are popularly seen as the food that causes flatulence. But far from it, his farting was as a result of other foods he ate.

When he woke up, he did not waste time to ask me – “What is the cause of my farting? I have not been indulging in beans, yet I have been farting; he said. I replied him in pidgin – “Bros, No be only beans dey make person fart ooo” It was then I thought it will be necessary to share an article on flatulence on this page. Let’s quickly see what causes flatulence. 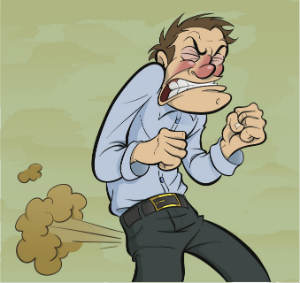 Flatulence is usually caused due to incomplete digestion process followed by fermentation. Food substances that are not absorbed in the human intestines accumulate in the colon, where they are fermented by bacteria, leading to production of gas. The smell of the gas depends on the foods eaten and the types of bacteria that acted on it while the sound is as a result of the outward forceful flow of air that makes anal tissues vibrate. Some people also lack specific enzymes needed to break down certain foods, which then get acted upon by bacteria and create gas. You can read more on the article on how to cook beans so that you don’t fart after eating them.

So, What Are The Top Five Other Foods That Cause Flatulence In People?

Before sharing the list of the foods, it is important to let you know that – what causes flatulence in Mr. A may be completely different from that of Mr. B. It is sometimes based on body types and intestinal structure of each individual. At the end of this article do no forget to share the food(s) that you have identified which make you fart.

I am a lover of soups and everyone around me knows that. Each time I visit a new environment, all...